Are you wondering how long pianos are? How much could such an instrument weight? You can find the answers in the article below.

Grand pianos are usually 1.5 - 3 meters long and weigh from 300 to 600 kilograms. In the case of grand pianos, the longer the piano, the better the sound, but also the more expensive it is. Mistral, the widest grand piano produced by PETROF, is 284 cm long. It would seem to be also the heaviest, but it is not. The heaviest grand piano is ANT. PETROF 275, which is 9 cm shorter than Mistral but weighs 588 kg, which is 12 kg more than the Mistral grand piano. To compare, the ANT. PETROF 275 weighs about the same as an adult polar bear. On the other hand, the shortest grand piano, Bora, is 159 cm long and it is also the lightest with its 309 kg. 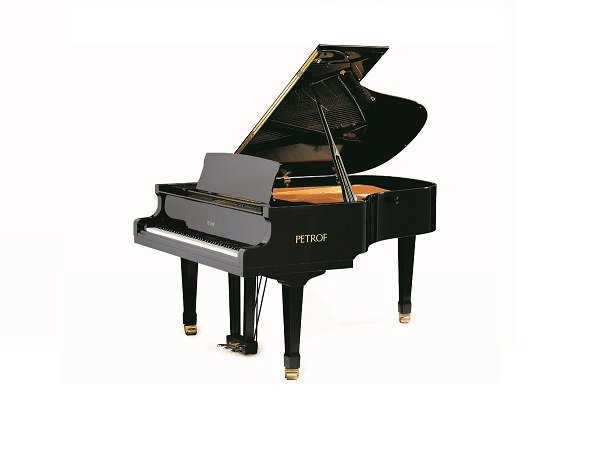 Thanks to their dimensions and upright pose, these pianos are suitable for smaller interiors. The upright piano length is not measured, but the height in centimeters from the floor is. The cost of the upright piano is also much lower than the price of the grand piano. Upright height usually starts at 110 cm and ends at about 140 cm. The weight of upright pianos is 175 to 350 kg. The highest PETROF upright piano is ANT. PETROF 136. It is 136 cm tall, and it weighs 320 kg. It is 11 kg larger than the smallest grand piano Bora. The shortest upright piano PETROF P 118 measures 118 cm and weighs 212 kg.