An inspiration came from sea

One ray gave up his stripe to be

A grace on our masterpiece

Let’s open up both of your ears.

The jubilee grand piano was created for the occasion of the 155th anniversary of PETROF in addition to the Tiger Wood and Walnut Root pianos. This grand piano bears the name of the Stingray and it is the only one of its kind in the world.

The first idea to create an instrument with a stripe from ray skin was born 10 years ago. Ray skin is known for its extreme resistance, it is therefore similar to the PETROF instruments, which are also known for their resistance. The 155th anniversary of the company kicked off the prosecution of Stingray. The decision, to make it a grand piano, was based on the movement of a stingray, which resembles a flying bird. Its pectoral fins are often referred to as "wings", which is a well-known term for a grand piano.

The development of this grand piano lasted longer than a year. Its production involved a great number of experts from designers to grand piano masters.

What makes the Stingray grand piano so unique? The surface finish is unusual. It is similar to the color of a cappuccino. Stingrays spend most of the day in the sand, therefore this color can also resemble sand.

The most specific feature of a Stingray is its abnormally shaped legs, which are inlaid with colored ray skin. Ray skin is an extraordinary material. It is hard and resistant thanks to the keratin, with which it is covered. The appearance resembles beads, which seem like being gathered by nature itself. Each ray has its own unique kreatin design in the same way human‘s fingerprints are.

Stingray has a unique shape of the music desk, cheeks, top lid, fallboard, and edges. The soundboard is much lighter than before. The reason is a specific color of this grand piano – everything have to be in perfect harmony. Wood veneer tamo, which is used particularly for guitars, is emaciated in matching colors.

This grand piano stands out for its minimalistic design. At the same time, it has a great number of well-thought-out details. For example, there are small rays on the tops of the screws of the cast-iron frame. The underlay, on which are the stingrays placed, is made from the ray skin. Everything is encased in a transparent resin. The screws are not usually used. They were made especially for this model of a grand piano.

The music desk is decorated with metal ray.

A matching stool was created in the same color with ray skin handles.

The instrument was officially introduced to the public in April 2019 at the music fair Musikmesse in Frankfurt am Main. Stingray was the center of visitors‘ attention. 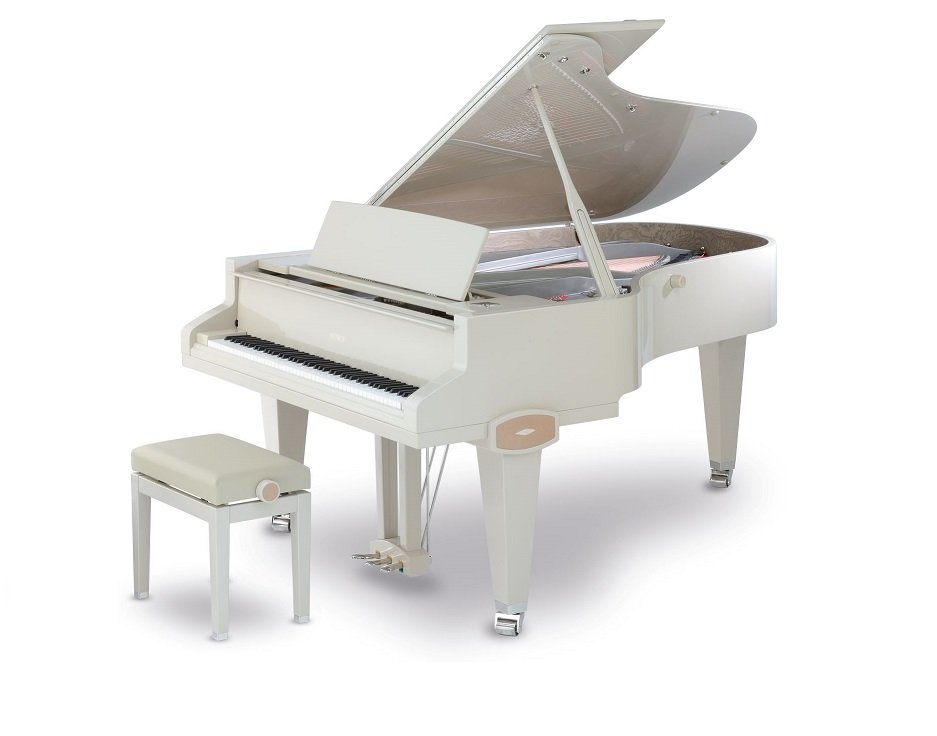 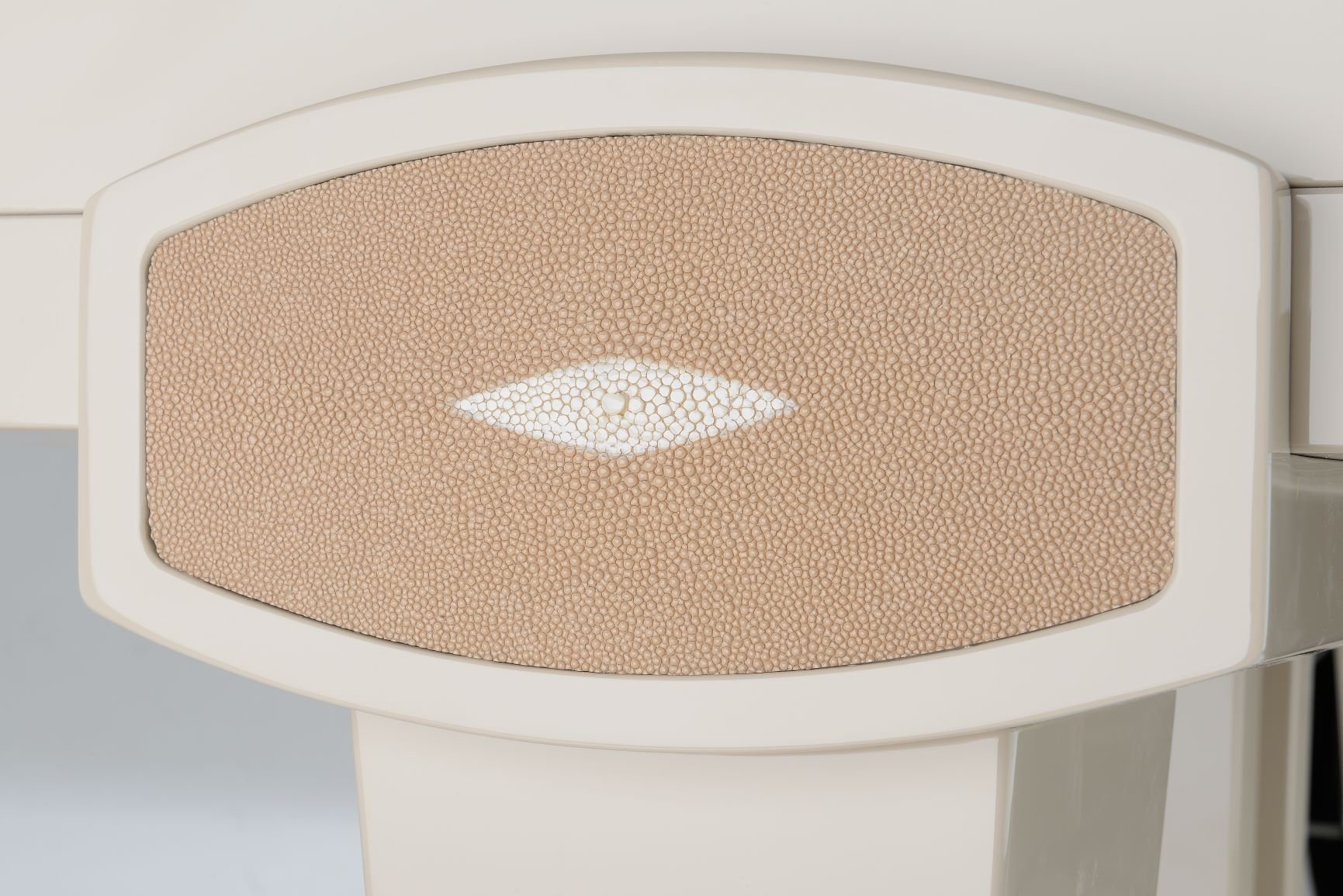 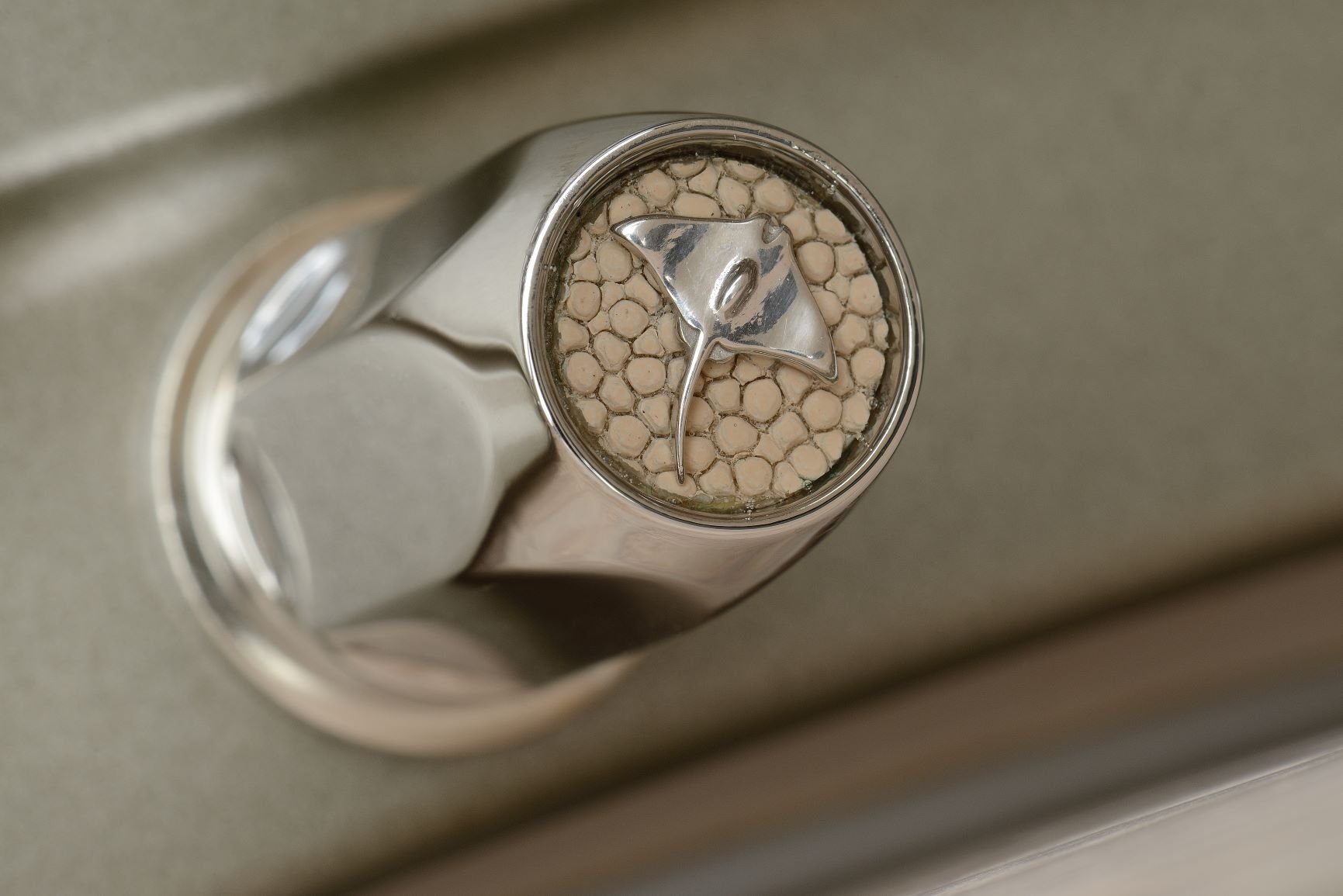 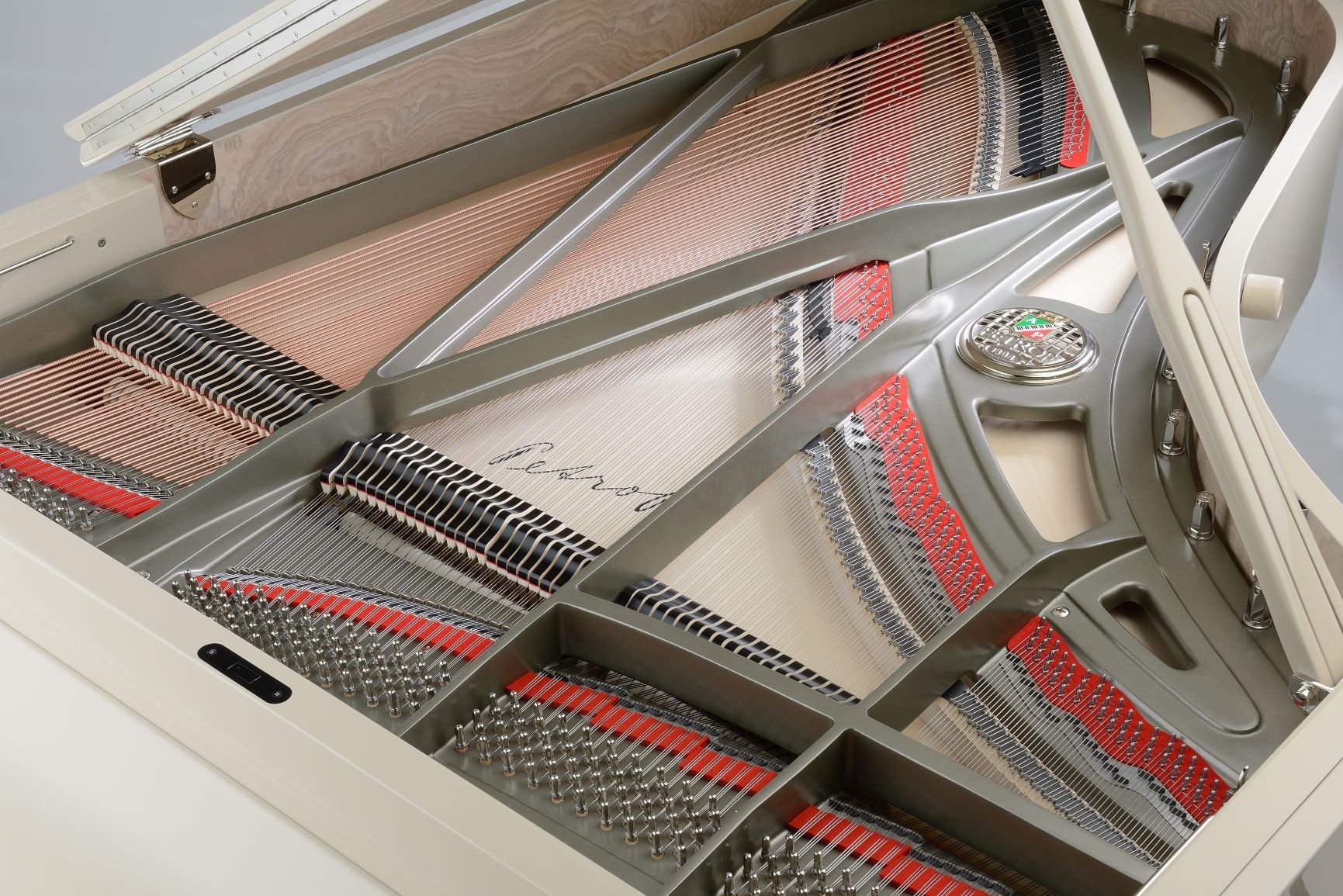