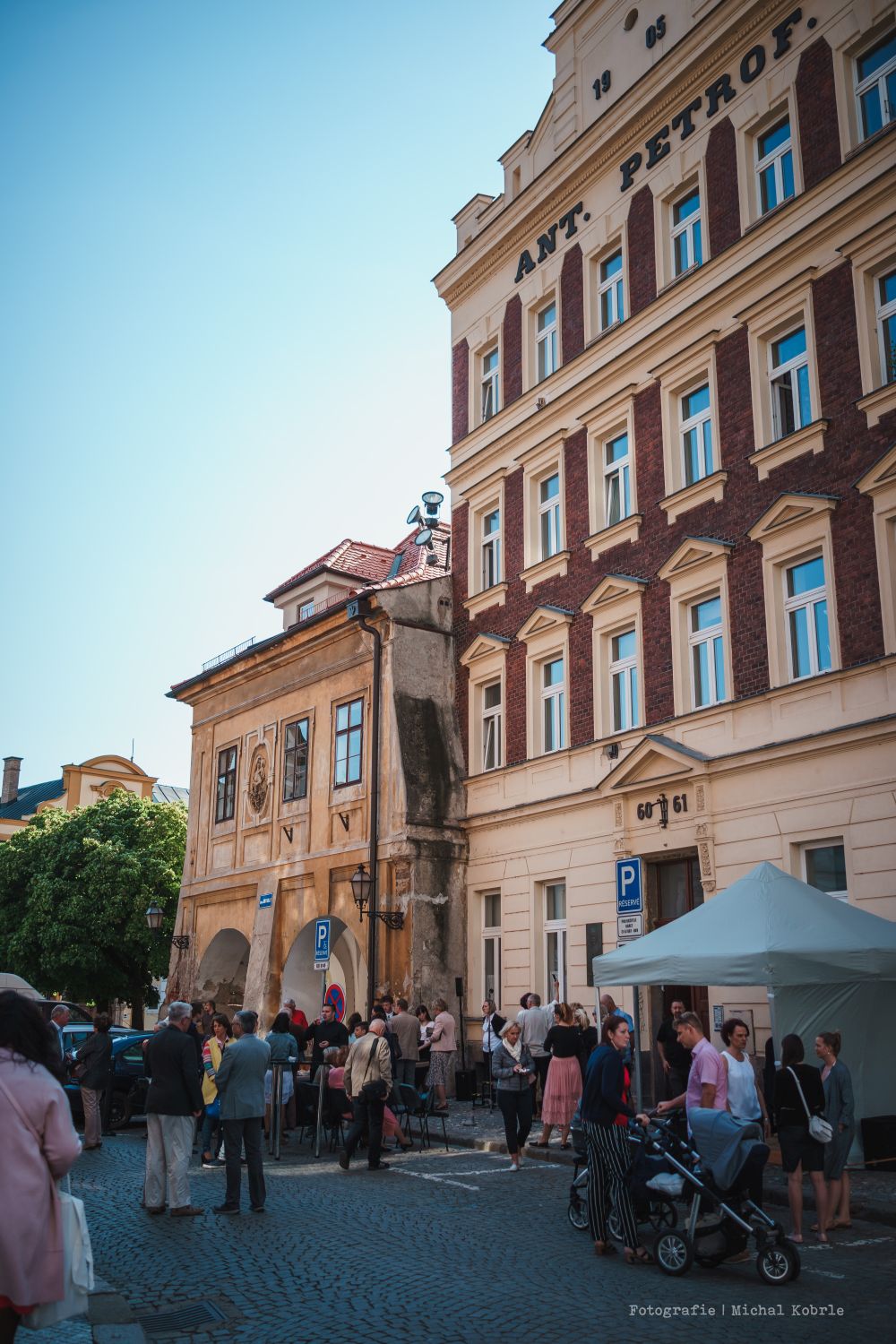 Before long it will be 155 years since the founding of the PETROF family firm. We owe it to the founder, Antonín Petrof, who first gained experience in Vienna and then returned to Hradec Králové, where in 1864 he built his first grand piano in his father’s former joinery in a house by the Cathedral of the Holy Spirit.

In response to our wish to commemorate this place, a memorial plaque featuring a bust of Antonín Petrof has been created by the academic sculptor Petr Novák from Jaroměř. The city of Hradec Králové has also contributed to the creation of this beautiful work, and its ceremonial unveiling took place on the sunny Friday afternoon of 4th May 2018. Taking part in the ceremony were members of the Petrof family, the Mayor of Hradec Králové Zdeněk Fink, representatives from both the University and Bishopric of Hradec Králové, Mr Petr Horák from the artistic foundry in Horní Kalná, where the bronze disk was cast, and last not least the owners of the house. The guests enjoyed a pleasant afternoon in the lovely setting of the Old Town with music supplied by a Petrof piano played by Matyáš Novák, a member of the PETROF Art Family,and Tomáš Vespalec, a music teacher at the Střezina Art and Music School and choirmaster of the Hradecké komorní tucteto.